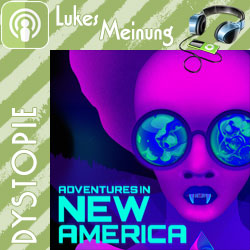 Set a few years in the future, Adventures in New America follows the escapades of two mismatched African-New-American best friends — fat, lonely curmudgeon IA and lesbian sneak-thief Simon Carr — who take on a series of increasingly high-stakes heists to get quick cash to pay for IA’s medical treatment while attempting to survive the wilds of New New York City… and a secret cabal of Tetchy Terrorist Vampire Zombies from outer space. Intrigued? Good! Frequently, there will be musical numbers — and radical reflections on our dangerous, beautiful, heart-pounding world. 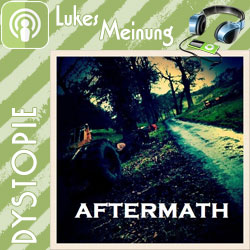 Welcome to 2016. The threat of war between China and the USA had loomed heavily over the rest of the world. Britain, now a small, insignificant and bankrupt nation, initially, as always, had sided with the USA.  In a car park, half way up Falkland Hill in Fife, a group of people who fled from the riot stricken towns below watch out over the river Forth in horror as Edinburgh is blitzed by a missile attack from the sky.  A devastating chemical attack turns ordinary people into bloodthirsty savages, and Scotland as we know it, changes forever. And now… this is the Aftermath. 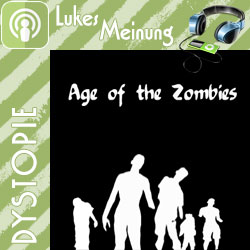 Age of the Zombies

A plague has ravaged the Earth and changed the world as we know it. Millions upon millions have been transformed into flesh-eating zombies that roam the Earth with an unquenchable thirst for the living. Those fortunate enough not to have been infected are in a fight for their lives. Spread out across the globe… small groups struggle each day to see the next. One such group of survivors are trying to reach out to anyone who’s still alive… They live in… the Age of the Zombies. 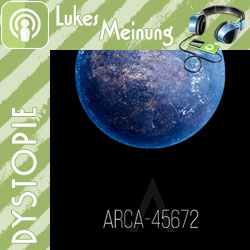 The year is 2172 and the world is dying. The world is running out of food. During these hard times part of the human population has gone sterile. There has been massive inbreeding and genetic distortions. However, teams of scientists and military personnel tasked with finding a way to save humanity from extinction are confronted with a possible opportunity: an exoplanet near the Proxima Centauri system is discovered. Over the course of 73 years, this discovery of the exoplanet sparks a series of probe and AI missions–all leading to the realization that a new branch of humanity has arisen on Arca-45672. 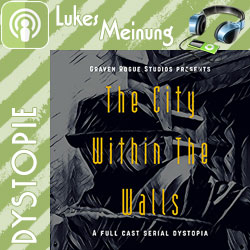 The City within the Walls

350 years ago, a great cataclysm nearly wiped out all life on earth. The descendants of the survivors are now ruled by a dystopian council. The Theosin provide opposition, but the council have a fierce weapon…the Enforcer. However like all good stories, there’s a twist. The Enforcer (Saris) has been kidnapped by the opposition (the Theosin). Follow Tharin in this full cast serial dystopian, as he desperately tries to find Saris, in a story that has no real good guys. 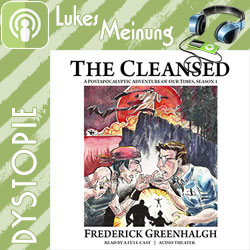 …is a post-apocalyptic audio drama podcast of our times. 15 years have passed since a traumatic undoing of society called “The Breaking.” We follow two interlocking stories – one, of THE REFUGE, where Maria and Luke, sister and adopted brother, grow up in a hardscrabble life of subsistence farming and homemade solar and wind powered tools. Their life is interrupted when John Prophet, a ghost from their parents’ past, comes riding in one fine afternoon. Prophet comes because far away, in THE REPUBLIC, a new force is rising – a force from across the ocean bearing military might and an iron fist. 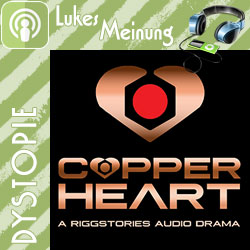 COPPERHEART follows the story of one of America’s “Reconstruction Bunkers,” an enormous underground facility housing thousands of people all working together toward the day they can return to the surface following a global nuclear mishap.

There are hundreds of United States Reconstruction Bunkers (USRBs) scattered across the country, but this particular one is located at the legendary AREA 51 in Groom Lake, Nevada, legendary site of alleged UFO cover-ups and military secrets. 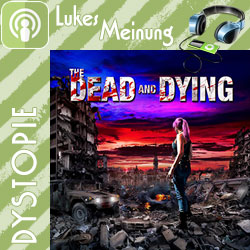 The Dead and Dying

A plague has ravaged the Earth and changed the world as we know it. Millions upon millions have been transformed into flesh-eating zombies that roam the Earth with an unquenchable thirst for the living. Those fortunate enough not to have been infected are in a fight for their lives. Spread out across the globe… small groups struggle each day to see the next. One such group of survivors are trying to reach out to anyone who’s still alive… They live in… the Age of the Zombies. 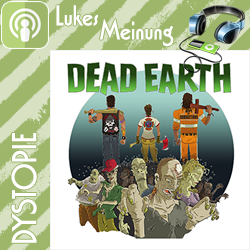 When the global pandemic known as The Fall began, the infrastructure of civilization collapsed.  Within a matter of hours, millions were dead and billions more were dying.  Hospitals filled to capacity, transforming from places of healing to houses of death.  Some rare individuals were immune, while others responded to antibiotic treatments.  However, demand far outpaced supply, with treatment only delaying death for most.  Had the plague ended with The Fall, humanity might have recovered, but this was just the beginning.  What followed was The Rise; a horror that would devour the living and consume the Earth. 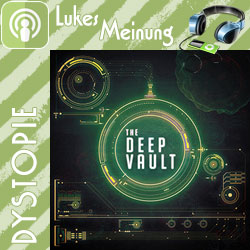 The Deep Vault is a serialized, seven-episode audio drama set in in the almost-post-apocalyptic United States. The story follows a group of longtime friends as they journey from the uninhabitable surface world into a mysterious underground bunker in search of safety, shelter, and answers to their past. Robotic servants, tooth-filled monsters, and terrible computers collide within the claustrophobic, steel-reinforced walls of The Deep Vault, a modern day homage to the golden age of sci-fi radio drama. 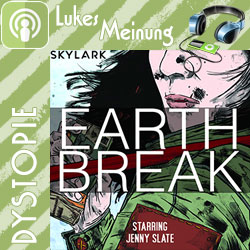 After everyone she’s ever known was killed in an alien invasion, Lynn Gellert (Jenny Slate) might be the last person left on Earth. Her constant and only companion is the voice recorder she managed to salvage from her mother’s house. As symptoms of a strange illness seem to set in, Lynn comes to terms with her mortality, only to realize that she’s not sick, she’s pregnant. Lynn is not a survivalist, or even good at camping, but somehow she has to find what it takes to confront a dangerous and uncertain future. 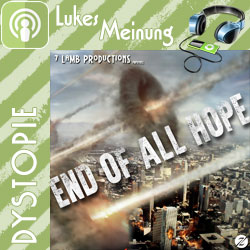 End of all Hope

A fictional podcast following three survivors as they trek across the country trying to survive an alien invasion. 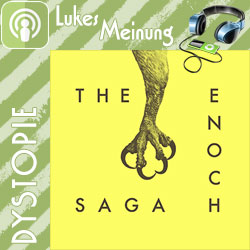 The world was changed forever when scientists developed a pill that extended the human life span indefinitely. It was distributed free of charge, to the furthest corners of the globe; everyone was about to live forever.  Well, almost everyone…

When 18-year-old Kizzy Cartwright learns that she’s immune to the immortality-giving pill, it makes her a social outcast. Her only hope is to find the missing scientist who invented the compound or be the last and only person to grow old and die. 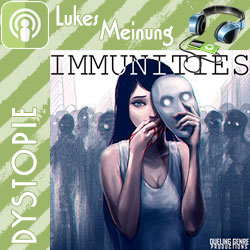 Immunities is an original audio drama about the survivors of an alien invasion, who have to decide what kind of life to lead surrounded by those who look like, and in some ways are, the people they used to know.

It’s science fiction, thriller, drama, and the rest of life all mixed together. 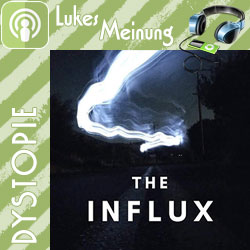 We follow a small group of human and Influx alike as they experience all sides of the evolutionary war: The human survivors, the rising Influx rulers, and the middlemen stuck as pawns in other people’s games. In a world of ever present supernatural threat, the degradation of societal norms, and the beginnings of a new world. You have to ask ourselves one thing: What is your Influence? 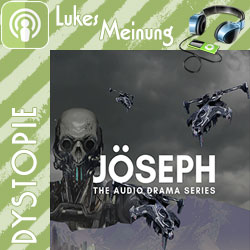 Set in The futuristic City of Polaris, Joseph the Bounty Hunter is asked to do the impossible as he takes on his most dangerous bounty contract yet. Tracking down an evil terrorist named Opus who’s using exo-skeleton tech called Auto-Machs to exact his final revenge. 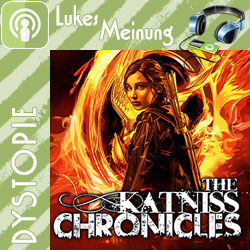 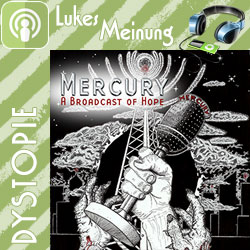 Mercury: A Broadcast of Hope

Mercury: A Broadcast of Hope. A daily fiction podcast from Atlanta Radio Theatre Company. A different kind of zombie story…

Take care of each other. 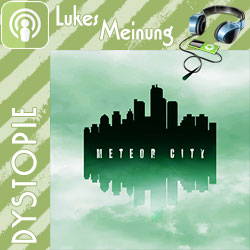 In 2008, a freak meteor shower hit Detroit, killing hundreds and displacing thousands. Hundreds of people were quarantined for radiation exposure for days, weeks and months. The unlawfully detained people began to revolt ending with Radiation Riots of 2009, causing further damage to Detroit. Bianca Diaz, a vlogger returns to Detroit, nearly a decade after fleeing with her mother, after the death of her brother and father. Wanting a change of pace, Bianca decided to come back home for the 10 year anniversary, to tell the stories of the dead, the missing and the remaining citizens of Meteor City. 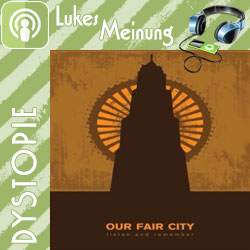 Founded in 2011 with the help of some incredibly generous Kickstarter donors, Our Fair City has quickly become a notable entry in the audiodrama world. Produced by a staff of Chicago storefront theatre veterans, experienced sound designers, and science educators, Our Fair City has won awards and critical acclaim for its dynamic acting, incisive writing, and high level of production. 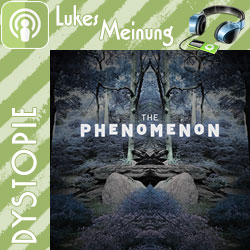 When a supernatural threat drives mankind to the point of extinction, survivors around the globe struggle to endure in a world with just three rules:

The Phenomenon is a fictional podcast with an international cast and rich sound design that follows people from around the world during a catastrophic extraterrestrial invasion. 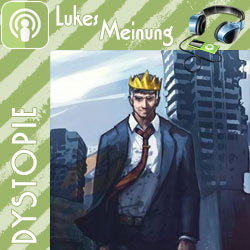 The Rise of King Asilas

America’s democracy is ruined by the corruption of politicians and the addiction to power by very rich elitists who wish to control everyone they can and destroy everyone they can’t. The country is torn apart by ideological and partisan fanaticism to the point five separatist groups form in an attempt to secede from the United States. But unlike Abraham Lincoln in the days of the Confederates and a North versus South battle for preservation of the union, America’s last president was too weak to muster any relevant strategy to unite the fracturing states. As a result, the United States plunges into its second civil war. 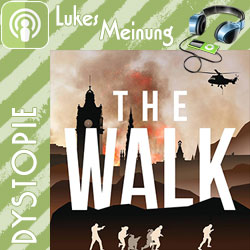 A thriller in which you, the listener, are the hero. The Walk begins in Inverness station, Scotland. Through a case of mistaken identity, you, „the walker,“ are given a vital package that must be couriered to Edinburgh. But as you’re about to board the train, terrorists blow it up and set off an electromagnetic pulse! None of the cars or trains are working – you’ll have to walk – but now the terrorists are on your trail because they want the device you’re carrying, and the police are after you as a suspect in the bombing. To survive, you’ll have to join up with other escapees from the city – but how many of them can you trust, and are they really who they say they are? 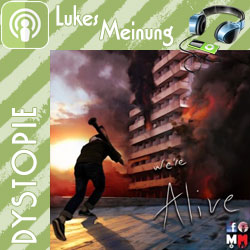 We´re Alive – A Story of Survival

For Army Reserve Soldier Michael Cross, the world as he knew it ended in an instant. One minute, he’s in college, and in the next, rioters are roaming the highway around him, breaking into cars, and literally tearing people apart. This is the day the dead walk. This is the world of We’re Alive. Join our survivors as they band together, struggle to fortify a safe haven known as the Tower, and discovers that zombies are far from the worst thing in a post-apocalyptic Los Angeles where the rules of human decency no longer apply. Little food. Little water. Little hope. Who is lucky enough to say “We’re Alive?” 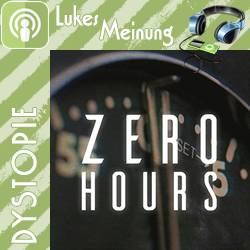 Zero Hours is an anthology series, where every story is a different take on the end of the world – or at least something that feels like the end of the world. Each episode is organized around a kind of apocalypse, whether the cataclysm is planetary or personal. The stories are also set in succeeding centuries, with 99-year intervals separating each episode. The show begins in the past, catches up to the present, and eventually overtakes it.