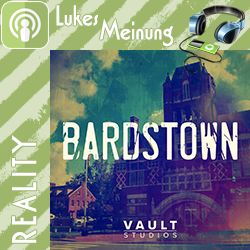 Welcome signs proclaim it “America’s Most Beautiful Small Town.” It’s considered the Bourbon Capital of the World. And in many ways, Bardstown, Kentucky is just like a lot of small, tight-knit communities all across the country. But just under the surface, there’s something darker. Not everyone wants to talk about it. And a lot of people would rather forget. That’s because since 2013, Bardstown has also been the site of five unsolved murders. Now, the team behind “Bomber,” “True Crime Chronicles,” and “88 Days” is digging into these cases to find out what’s really happening in Bardstown, and whether these murders could be related. And along the way uncovering a history of violence and fear in this otherwise quintessential southern town 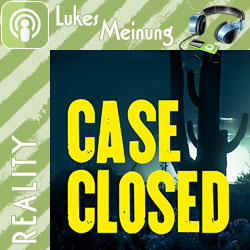 Case Closed features true crime stories that have been solved, so you can walk away feeling satisfied—no frustrating cliffhangers or ambiguous endings. 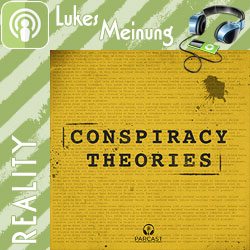 The truth is rarely the best story. And when it’s not the only story, the truth deserves another look. Every Wednesday, we tell the complicated stories behind the world’s most controversial events and possible cover-ups. Conspiracy? Maybe. Coincidence? Maybe. Complicated? Absolutely. Conspiracy Theories is part of the Parcast Network and is a Cutler Media Production. 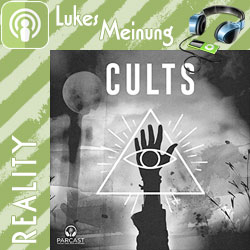 Mystery. Manipulation. Murder. Cults are associated with all of these. But what really goes on inside a cult? More specifically, what goes on inside the minds of people who join cults and leaders who start them? Every Tuesday, Greg and Vanessa (co-hosts of the podcast Serial Killers) explore the history and psychology behind the most notorious cults. Cults is part of the Parcast Network and is a Cutler Media production. 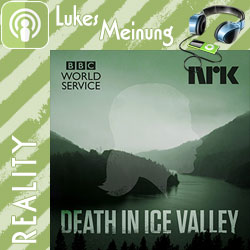 On 29 November 1970, in the remote Isdalen Valley outside of the Norwegian port-side town of Bergen, a woman’s body was found by two young girls, badly burnt and surrounded by a set of peculiar objects (bottles of water, a rubber boot, burnt paper). Her identity, and how she died, has remained a mystery ever since. 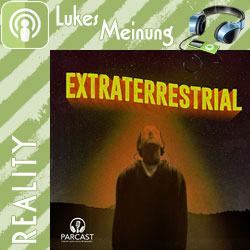 Why do we think we aren’t alone? Extraterrestrial explores tales of alien encounters. Millions of people claim to have seen alien life, but no one can confirm any of it. Is there a more grounded explanation for these incidents, or is there really something lurking out there? Every Tuesday, we’ll examine reports of a different alien occurrence, and land on the most plausible explanation. Extraterrestrial is a production of Cutler Media and part of the Parcast Network. 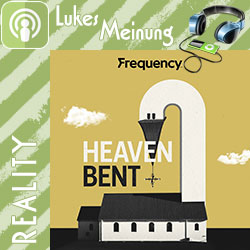 Tara Jean Stevens was a teenager when a bizarre spiritual movement spread to her childhood church in Prince Rupert, British Columbia. Worshipers were laughing uncontrollably, shaking, and falling to the ground. Some even claimed that gold teeth miraculously appeared in their mouths. In season 1, join Tara Jean as she begins her exploration of the “Toronto Blessing”. In season 2, she tracks the spread of this movement to Bethel Church, in Redding, California. Today, Bethel is one of the largest and most unusual churches in America. What goes on inside its bewildering School of Supernatural Ministry? Is Bethel as powerful as its critics believe it to be? And, during the COVID-19 pandemic, why are its most high-profile leaders defying public health orders? Heaven Bent: an examination of divine intervention. 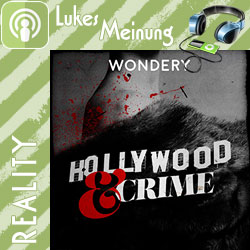 Hollywood and Crime is a ground-breaking true crime series about the most infamous murders in Tinseltown history. 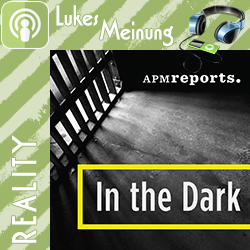 The investigation into the abduction of Jacob Wetterling yielded no answers for 27 years. We investigate how law enforcement mishandled one of the most notorious child abductions in the country and how those failures fueled national anxiety about stranger danger, led to the nation’s sex-offender registries and raise questions about crime-solving accountability. 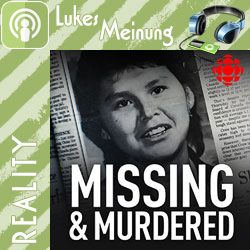 Sparked by a chilling tip, Missing & Murdered: Who Killed Alberta Williams? is an eight-part podcast investigation that unearths new information and potential suspects in the cold case of a young Indigenous woman murdered in British Columbia in 1989. 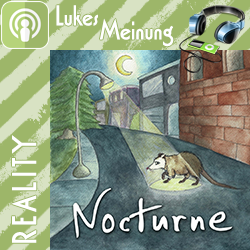 There are 24 hours in a day. Seems pretty straightforward. But what do you really know about the hours between say, 11pm-6am. From graveyard shift jobs to “secret identities”, who we are and what we do at night is often less fully perceived by others, whether by choice or by circumstance. Peering into the dusty corners of the night, Nocturne explores these often overlooked and undisclosed slices of life.  Do I truly know you if I only know the daytime you? Let’s find out in Nocturne. 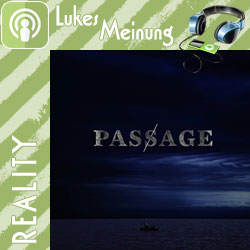 150 years ago, the S.S. Cumberland disappeared in the Pacific Northwest. A lifeboat from the ship with four skeletons inside just mysteriously showed up in Marrow Passage. Reporter Daisy Bonham attempts to solve the mystery and find out what other secrets are lurking just below the surface. 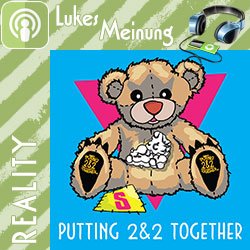 Spinning out of the climax of the original play, Two and Two Together, former comic book artist out to re-invent himself. His estranged sister. The mild-mannered accountant who loved them both. And the ever-expanding world around them all. Join Tommy Hanson and friends as they become the best versions of themselves by “Putting 2&2 Together.”

What began as an insular story between five people has now expanded exponentially to include the world around them. New faces, most of whom were technically there all along, join in on the action to add their stories to the mix. 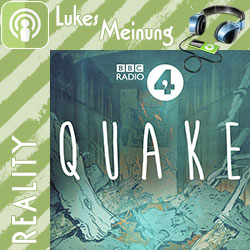 Drama in 12 short parts. Inspired by the digital transformation in disaster response. 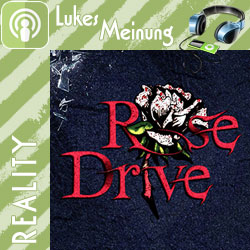 7 friends are interviewed after a 10 year high school reunion tragedy occurs. Welcome to Southampton. Are You Listening? 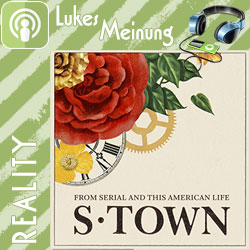 John despises his Alabama town and decides to do something about it. He asks a reporter to investigate the son of a wealthy family who’s allegedly been bragging that he got away with murder. But then someone else ends up dead, sparking a nasty feud, a hunt for hidden treasure, and an unearthing of the mysteries of one man’s life. 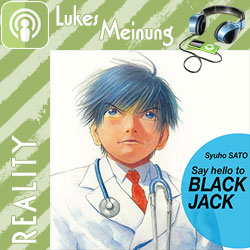 Saitou Eijirou was an ‚elite‘; a top student from a prestigious Japanese Medical University. But he’s trading in his textbooks for tongue depressors, and committing to his new job as intern at the University Hospital. The long stress-filled hours take their toll while his medical ideology strains under the weight of real-world practice. Saito wants to do good, but he’s beset by an entrenched and sometimes corrupt medical system. If he wants to save lives, Saito must make compromises. But if he sacrifices his ethical standards to do right, then what kind of doctor is he? 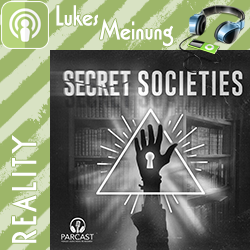 They’ve been around for thousands of years…orchestrating some of history’s most controversial events. And if not for their radical actions, you may never have even known they existed. Every Thursday, take a journey through hidden passageways and become a member of Parcast’s diabolical series, Secret Societies. Each society is explored in 2 episodes—exposing the people and context responsible for its founding, and analyzing the psychology behind their beliefs. 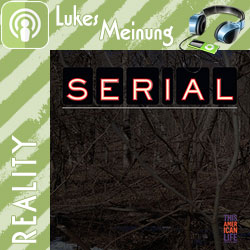 Serial is a podcast from the creators of This American Life, hosted by Sarah Koenig. Serial tells one story—a true story—over the course of a season. Each season, we follow a plot and characters wherever they take us. We won’t know what happens at the end until we get there, not long before you get there with us. Each week we bring you the next chapter in the story, so it’s important to listen to the episodes in order. For more information on how to listen, click here.

Serial, like This American Life, is produced in collaboration with WBEZ Chicago. 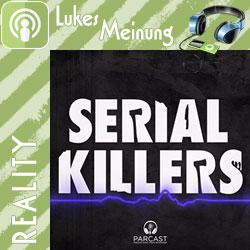 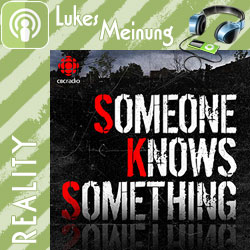 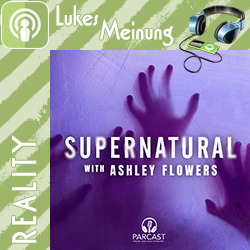 Most mysteries can be solved by looking at the facts. But sometimes, the facts don’t lead to a logical explanation, and the truth lies somewhere in the unknown…Join Parcast and Crime Junkie’s Ashley Flowers as they dive deep into the strange and surreal to explain some of the world’s most bizarre true crime occurrences in the new series, Supernatural with Ashley Flowers. Every Wednesday, Ashley digs into a different mystifying crime—where the most fitting theory isn’t always the most conventional. 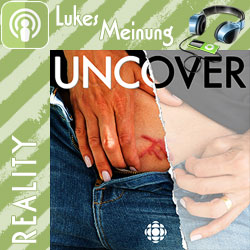 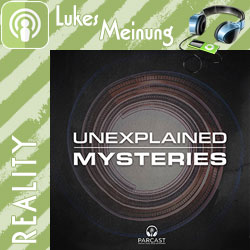 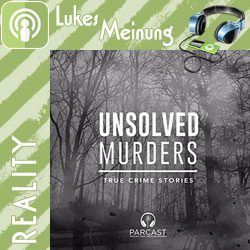 Unsolved Murders: True Crime Stories is a podcast drama with a modern twist on old time radio that delves into the mystery of true cold cases and unsolved murders. With the help of an ensemble cast, follow our hosts as they take you on an entertaining journey through the crime scene, the investigation and attempt to solve the case. With many surprising plot twists, it’s important you start listening from Episode 1. New episodes are released every other Tuesday. 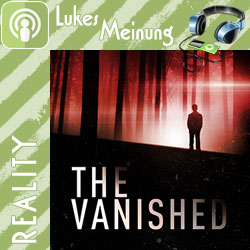 The Vanished is a true crime podcast that explores the stories of those who have gone missing. Join host, Marissa Jones, as she explores each case often interviewing the loved ones who are still searching for answers.