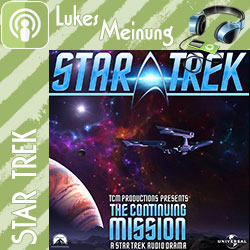 …is an independent audio series created by Sebastian Prooth and Andy Tyrer. The show broke new ground with a globally spread cast and crew and numerous actors from the Star Trek TV series guest starring. Patrick McCray, who portrays Chief Engineer McGuire, a theatre director from Knoxville, Tennesee, was tapped as an additional Executive Producer of the series. Continuing Mission follows the adventures of the USS Montana under the command of Starfleet veteran, Captain Paul Edwards. During the pilot episode the Montana is flung from its native time period of the 23rd century into the 24th and unable to get back. The crew, feeling a century out of date, choose to continue the one thing that is familiar, their Starfleet mission. 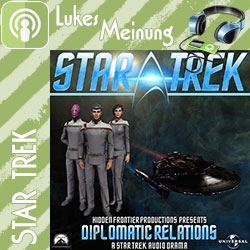 After Starfleet make first contact or are called in to mediate a dispute or deal with trouble, they usually leave the system at warp speed onto their next mission. Star Trek: Diplomatic Relations picks up where Starfleet leave off and tells the story of members of the United Federation of Planets Diplomatic Corps. 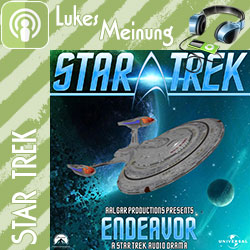 Endeavor follows the adventures of three Starfleet officers: Lt. Commander Naomi Wildman (who grew up on the USS Voyager), Lt. Dal Lacerto (a Cardassian linguist) and Lt. Kutch (a Tellarite security officer) serving on an exciting mission to explore the Andromeda galaxy with a coalition of other Alpha Quadrant races (Klingons, Romulans, Cardassians). The series places a special emphasis on issues of neurodiversity, queer representation and the depiction of the hopeful, optimistic future that so many people turn to Star Trek to see. 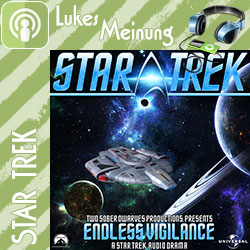 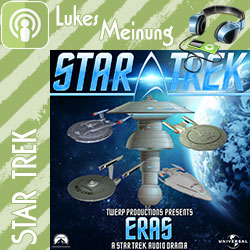 Eras is a multi-generational audio series, spanning through the entire history of Star Trek. Told from the perspective of Admiral Evori, an El-Aurian who has been a part of Starfleet since the beginning, each story can range from his „present“ place in time following the conflict with the Romulans (as depicted in Star Trek: Nemesis) to his experiences with humans during their explorations using Warp-5 engines (the time period established in the Star Trek: Enterprise series). 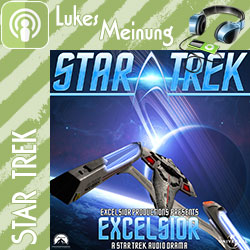 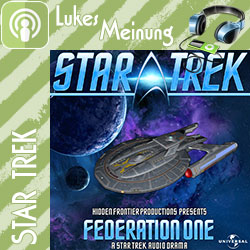 Star Trek: Galilea is a free, serialized fan podcast by Made of Fail Productions. Join the crew of the U.S.S. Galilea, a Nova-class starship, as they traverse the galaxy and explore strange new worlds, new life and new civilizations – you know the rest! 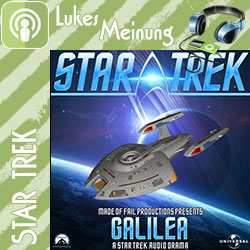 Star Trek: Federation One is a fan-created series of filmed episodes and audio dramas, and serves as a continuation of the Star Trek: Hidden Frontier universe. 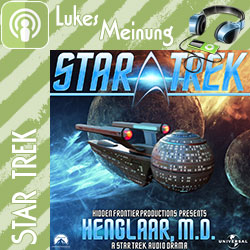 Star Trek: Henglaar, M.D. follows the irascible doctor and his team of young recruits aboard the hospital ship USS Cole as they tackle medical mysteries in the Beta Quadrant and beyond. 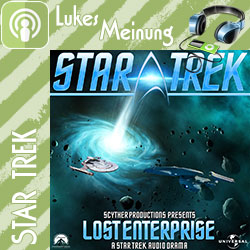 The year is 2397. Captain Drake of the USS Argo takes a crew into the Gamma Quadrant to find the lost USS Enterprise B. But in finding it a mystery on how it met its fate asks more questions than gives answers. 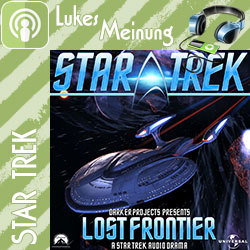 Star Trek: Lost Frontier is a look at a dark time in the future of Star Trek. It is the dawn of the 25th century and the galaxy is coming-out of a period of great war. The story of Lost Frontier focuses on the crew of the new Enterprise F as they go forth to unite the lost worlds of the Federation. 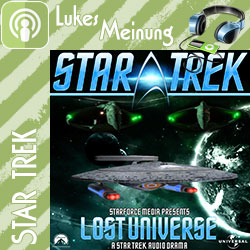 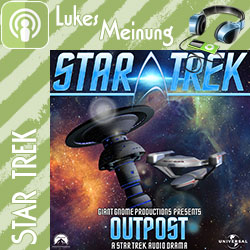 In the darkest reaches of the United Federation of Planets, an isolated station stands sentinel over a neglected frontier. Commissioned long ago with high hopes, its promise is now all but forgotten; a lonely outpost serving as the gateway to the vast expanse beyond, where discovery…and adventure…await. 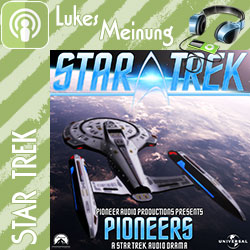 Since the discovery of a gateway to the Beta Quandrant, Starfleet has invested resources in exploring this vast unknown. With the Federation in danger of collapse, Starfleet has decided to fall back on the roots of it’s mission: to explore space. The crew of the USS Pioneer has been assigned to uphold the Federation’s values as they venture into one of the last great unknowns of the galaxy. A Star Trek fan audio theater production from DarkerProjects.com – Audio Theater in a Darker Shade. 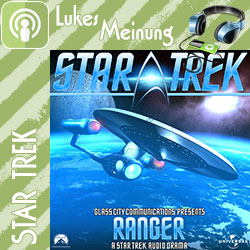 Star Trek: Ranger takes place during “the lost years” of Star Trek (between the time of The Original Series and The Next Generation). Star Trek: Ranger begins in the year 2328 aboard an Ambassador-class starship, the first command of Captain Michael A. Decker.

Join Captain Decker and his daring crew on a journey of discovery and intrigue. The voyages of the Ranger take us through the cold, dark, mysterious reaches of space; seeking out new worlds, defending the Federation, and fulfilling Starfleet’s mission. 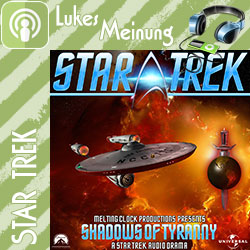 Star Trek: Shadows of Tyranny is an independent audio production from Melting Clock Productions created by Mathieu Blondin and Sebastian Prooth. Star Trek: Shadows of Tyranny will pickup from the Star Trek TOS episode Mirror, Mirror. Mr. Spock, influenced by the the conversation with Captain Kirk from Mirror Mirror, sets out to rid the galaxy of the Terran Empire and install himself in a position of power to change things for the better. Captain Kirk sees his first officer as a threat to his supremacy and vows to eliminate him. Listen to this six part series to learn what paved the way for the fall of the Terran Empire and rise of peace. 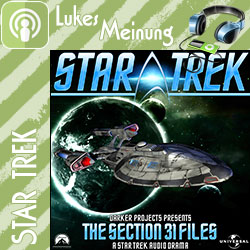 Space is dark. Let’s face it.

The universe of shiny, well-groomed Starfleet officers and the pristine starships of the United Federation of Planets where the Prime Directive rules and hopes for galactic unity of all species is an ongoing quest is reinterpreted in our vision of the reality of the Star Trek Universe. It’s not all “let’s be friends with our alien brethren”. Here the Federation has a dark underbelly and the daring crew of the Nosferatu boldly goes where Starfleet fears to tread. These are desperate times. We are the desperate measure. 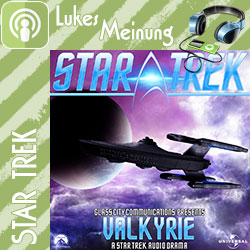