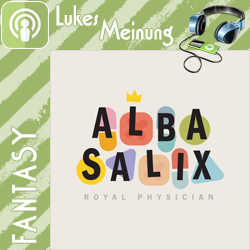 Farloria’s Royal Physician has her work cut out for her. As head witch and the only regular staff member at the new House of Healing, Alba’s got an endless lineup of patients and a bickering King and Queen to please. Fortunately, help is on the way. Unfortunately, that help is from Magnus, a troublesome young ex-monk and aspiring surgeon, and Holly, an accident-prone fairy herbalist. 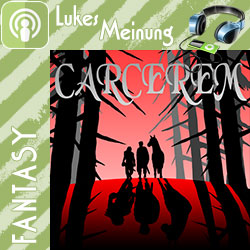 In Aaru, a land torn apart by a fear of magic, and ruled by brutal mercenaries, two young friends leave the only home they’ve ever known to find the one who could save them all.

Produced by Shane Salk and William Holmes, Carcerem is a completely original audio drama series featuring a full cast, original music, and immersive sound design. More like a movie than an audio play, this captivating fantasy series puts you in the middle of the action. Featuring sword fights, monster attacks, giant battles, heart-break and humor, Carcerem is the next step in the evolution of audio entertainment. In full development since 2018, the first season features 32 episodes with over 120 characters. 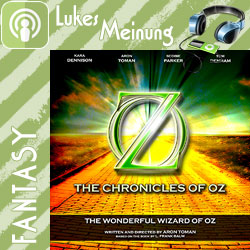 The Chronicles of Oz

Sometimes your world can change in an instant. A moment…

The Chronicles of Oz is a full cast, full length audio drama series adapted from the books written by L. Frank Baum. Produced by Crossover Adventure Productions, we plan to work our way through all of Baum’s original series, with a twenty-first century twist. 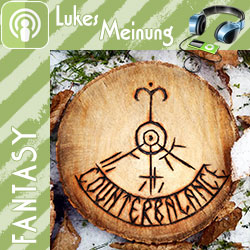 A hole has been torn into the magic weave over the mountain of Skundr. Gluttonous spirits pour through the hole, seeking to devour all things intangible – sounds, light, wind or even dreams. Attempting to fix these holes is complicated and complex. The few Patchers of this world with training and knowledge necessary to close the hole and guide the spirits back to the weave are highly sought after.

We follow Raka, an experienced Patcher, as she travels across the Skundr in her attempt to fix the so called tangleweave. Bound to her side in mutual grudge is Malaki, a hermit Runemaster from the mountain, as well as Lyn, the groups only human and peacekeeper, who has unusual abilities to sense the spirits before they escape the weave. 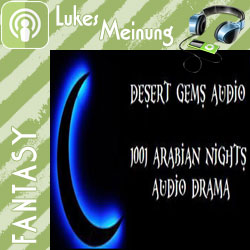 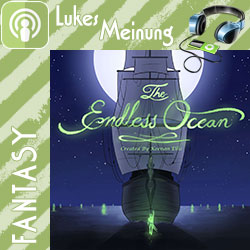 The Endless Ocean follows the ship, the Alabaster Queen as it sails into an unexplored, haunted, and dangerous ocean. The crew of the Queen will sail beyond the edge of the world, where gods, humans and creatures of unknown magic and origins vie for survival on the tide. 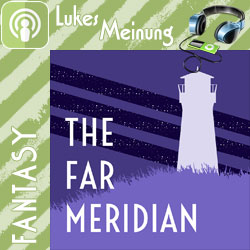 The Far Meridian tells the story of Peri, an agoraphobic young woman, whose home starts to show up in a new location every day, spurring on a search for her missing brother.

Though life is a long, meandering path with many branches, our story moves in a straight line. Start at the beginning. 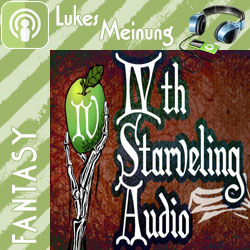 4th Starveling audio is a new website hosting online audio dramas. Our two features at the moment are the episodic science fiction series ‚Defiant Few‘ based off of Chris Roberts’s Wing Commander Franchise, and the up and coming original fantasy/sci-fi series ‚Witch’s Angel‘, and other things that will spring up at random. 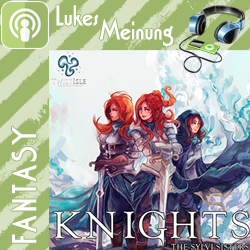 A hidden, merciless evil festers in the Realms as Ark’s knights face impossible choices, grace lost, and growing despair in a race to save the world…hopefully not at the cost of their friend. 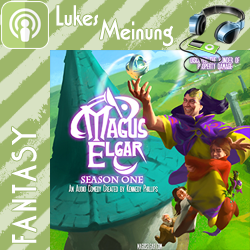 Magus Elgar is an 11 episode Audio Drama with a full cast of characters, In the magical world of Hearth, learning magic is as dangerous as it is exciting. You’ll be pleased to know that Magus Elgar is one of the finest Casters out there. With luck, he might finally have a student that lives through the lessons.  Join Magus Elgar and the Magical Anomaly Inter-dimensional Locators as they search the world for Scientific Tools Augmented with Magical Power, Encountering animated chicken nuggets, crazy wizards, giant goo monsters, and a cornucopia of puns along the way. With luck, they’ll find a way to diffuse these dangerous artifacts before all of reality is ripped apart, or at least be there with a bag of popcorn when it happens! 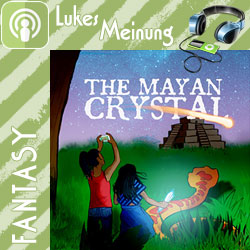 Do you want to hear a story? It’s the story of an eleven-year-old Belizean girl who accidentally invokes an evil spirit that threatens to consume the rainforest and maybe the whole world. With the help of her sister, and her new friend, a 20-foot boa constrictor, she’ll go on a thrilling and fantastic journey full of talking animals and legendary gods. 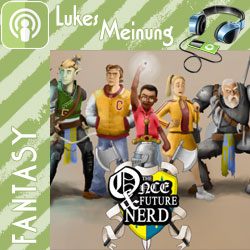 The Once and Future Nerd

The Once And Future Nerd is a serial audioplay by CTM and ZAG.  Our story is told as a series of audio podcasts, each approximately 20 minutes long, recorded by a full cast of actors.  Episodes of the podcast are released every other week, on alternating Sundays.  You can find the episodes here on onceandfuturenerd.com, as well as on iTunes, or via RSS.  In addition, bonus content (perhaps artwork, lore and mythology, side stories, etc) will be released in between podcast episodes.  You can find this bonus content ONLY here, so be sure to bookmark onceandfuturenerd.com! 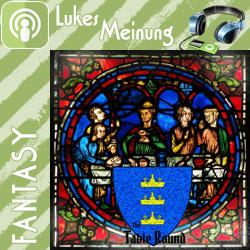 The Table Round – Audio Drama

An ongoing, full cast epic set during the Age of Chivalry, a glorious era of brave knights, lovely damosels, and high adventure. Witness the rise and fall of Camelot, beginning with the boy Arthur first drawing the Sword from the Stone. Live the Immortal Legends of The Table Round! 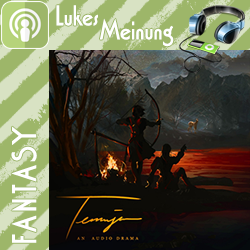 Fallen aristocrat Jamukha is surrendered to the camp of his sworn brother and rival, Genghis Khan. Told from Jamukha’s perspective on what might be the last night of his life, TEMUJIN: AN AUDIO DRAMA tells the story of two young warlords caught between empire-building and tender brotherhood. TEMUJIN: AN AUDIO DRAMA is an audio-only historical drama, and an adaptation of the Central Asian epic The Secret History of the Mongols. 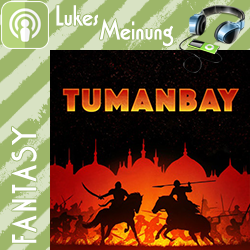 Tumanbay: the most magnificent city on earth. The beating heart of a vast empire. A city of dreams – where those who once arrived as slaves now reside in the seat of power.

An engrossing, epic fantasy from creators John Scott Dryden and Mike Walker, produced by the BBC and presented by iHeartRadio.