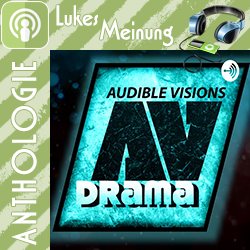 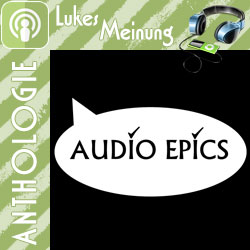 Rest a while, weary traveller, and take in a story…

Audio Epics is an award-winning team that creates fantasy and science fiction audio drama for everyone, from the very young to the very old. We aim to stir the imagination and rouse the spirit with our productions. Talented voice actors, beautifully composed original music and a rich backdrop of sounds and effects bring our stories to life. Why don’t you experience it for yourself? You can listen to “The Witch Hunter Chronicles” and “The Will of the Woods” right here on this website! 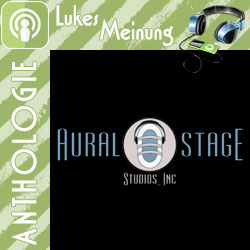 Aural Stage Studios are the award-winning creators of audio drama, sound design and audio recording. We are experienced in all aspects of audio, from theatre sound design to audio post-production and sound effect recording and design, voice recording, Foley and studio recording. In addition to the Aural Stage Studios crew, we have access to a wide array of talented writers, voice actors and musicians who produce exceptional results for just about any project we wrap our warped, little heads around. 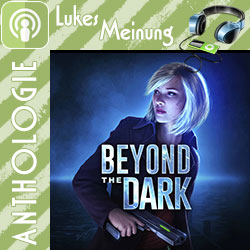 Atmospheric sci-fi stories. Each episode is a new world to explore. You might find yourself in the heart of a cyberpunk metropolis, a post-apocalyptic wasteland, or a strange alien world. Every story has its own professional cast, an original score and accompanying sound effects for a truly immersive experience. 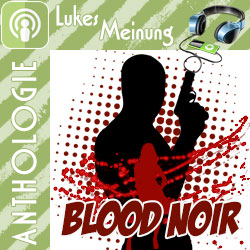 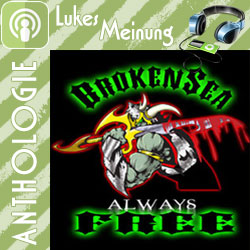 We are a keen group of audio drama fanatics who create podcast and free download stories in audio format.Included in our line up is original fantasy, sci-fi, horror, drama, comedy and fan-works and audio versions of great films (like Planet of the Apes and Logan’s Run)

We are always looking for new members who are interested in getting involved or just hanging out with us and joining the discussion on our various projects. 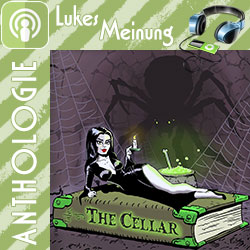 „Do you dare to go down into…THE CELLAR?“

Our hostess with the mostest, Cadavera Quivry, will be on hand for every installment, introducing the show and opening her big book of weird stories just for you! So sit back and get (un)comfortable, and enjoy our first trip down to…THE CELLAR! 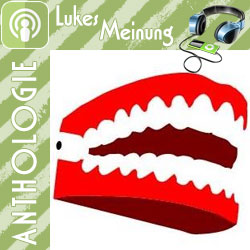 …was created in 2007 by four friends with a lot of creativity and ambition but very little money. Based in Memphis, TN, with additional productions created in Kansas City, MO, Chatterbox creates fully soundscaped audio works for free streaming and download. Most Chatterbox shows are recorded live, with manual sound effects and as little post-production editing as possible. 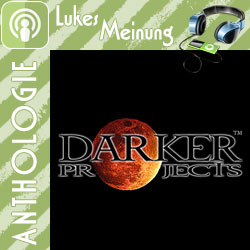 We are a darker audio drama company who present to you original projects such as Tales from the Museum, The Byron Chronicles, and The Falcon Banner in addition to our popular Star Trek and Doctor Who interpretations. To listen, download audio or subscribe to our podcasts.

Now … go toward the Dark. 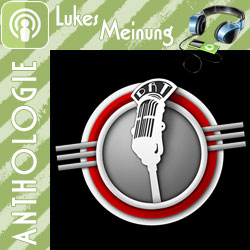 Home of all-new audio adventures in the tradition of the classic programs of Radio’s Golden Age. Here you will find full-length, full-cast tales of mystery and adventure to fire your imagination, with new releases on the 1st and 15th of every month, year-round. Decoder Ring Theatre’s shows are available for free download in mp3 format, either directly from our site, via the Podcast Feed or subscribe in iTunes. Or if you prefer, use the handy player beside each episode. 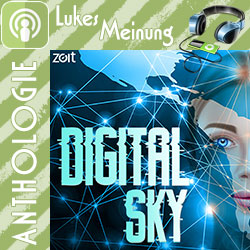 Escape Reality with Movies of the mind!

Explore a science fiction podcast with a universe of crossover characters! In the tradition of anthology series like Black Mirror and the Twilight Zone comes the ultimate escape from reality, Digital Sky.

Enter into another dimension of twists and turns in the world of powerful influencers, Impossible apps, artificial intelligence, dangerous hackers, crazy stalkers and more. Performed by some of the best Hollywood Talent! 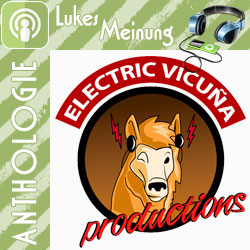 …(formally Sonic Cinema Productions 2002) was established in 2009 to meet the growing demand for high profile radio drama, audio cinema, voice acting, and books on tape. EV is the parent organization that provides the very best in modern audio drama from the weekly radio broadcast and popular podcast The Sonic Society. Beginning with a strong base in the three pillars of – creative and accessible content, high-quality recordings, sound effects and music, and an emphasis on solid business practices, Electric Vicuña Productions looks to partner with radio stations, podcasts, and audio companies to bring to market the very best of audio stories. 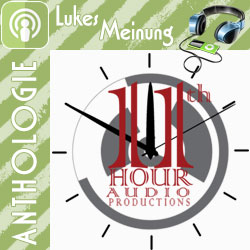 In October, 2011, producers, actors and designers from FinalRune productions and Aural Stage Studios gathered in a mill in Biddeford, Maine to record, post-produce and release a horror production for Transcontinental Terror. The result was James Comtois’ Ogle Award-winning Intensive Care. Sometime back in September 2015 we decided we wanted to produce a quick horror audio drama, just for fun. In Intensive Care fashion, we asked some of the fellow audio drama producers living in the Northeast if they wanted to be a part of some World Audio Drama Day mayhem. The response was a resounding “Hell Yes!”, and 11th Hour Audio Productions was born. 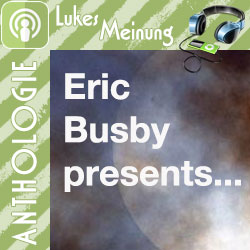 I’m Eric Busby. I am a writer and a producer of audio dramas such as The Byron Chronicles. Audio is a medium I work very well in. These services are also for sale. If you have a project that you want given a professional edge, feel free to drop me a line and we can discuss what it is you’re looking to have done.

So feel free to look around and give a listen to my new audio series, Cascade. 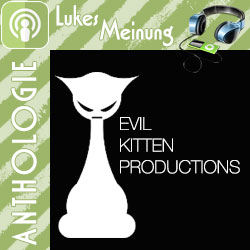 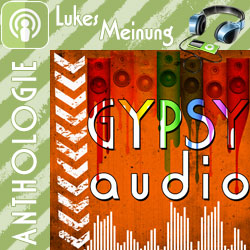 …is proud to bring you: TamLynn P.I. and Gypsy Cove in addition to our interpretations of Dracula, Lara Bond and The Importance of Being Earnest., and much much more! Listen, download or subscribe to our shows! As always in the traditionally ascribed freedom that makes us truly unique, you’ll find the most breathtaking surprises, so be sure to stay tuned! We never know what we cook up! It could actually be something that’s shockingly educational. Gypsy Audio is run by a group of friends who not only enjoy audio drama, but enjoy_ sharing it with you! 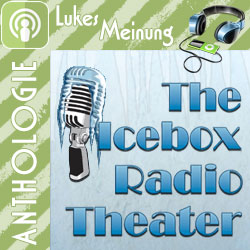 …has been producing new audio drama since 2004. And the IBRT runs the gamut from comedy to tragedy, from a possible future of science fiction to the frightening shadows of horror. The Icebox Radio Theater produces original, full cast stories you can listen to anywhere. International Falls, Minnesota: The Icebox of the Nation. With winter temps routinely dipping below -20 fahrenheit, folks in International Falls learn to make indoor fun. And that inspired the Icebox Radio Theater to create a type of theater that can be enjoyed in front of a roaring fire. 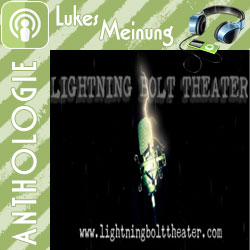 We provide new and rich audio experiences for your ears. You may find anything from scifi to romance to action and horror. Check us out! 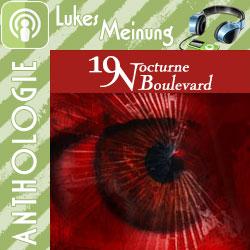 …is an anthology series – half hour stories, ranging from horror to sci fi, from fantasy to dark social commentary and from humor to nothing funny about it…

Since its debut in October of 2008, 19Noc has come out at least twice monthly (with bonus episodes!) ever since. Episodes of 19 Nocturne won the 2008 (The Outpost) and 2009 (The Rookie) Gold Mark Time awards for best science fiction audio drama, and the episode „Idiot Box“ is a finalist in the 2012 Hoerspielsommer Leipzig audio festival in Germany. 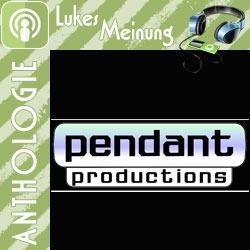 …is an independent online production group that creates audio serials and radio dramas for podcast and radio broadcast. The group consists of dozens of writers, voice actors, editors, artists and directors.

Pendant is an audio production group dedicated to making radio dramas like the old radio serials of the ’30s and ’40s, only modernized for today’s audiences. Think of them as movies without the video feed. And so before you sits the fruits of our labor, for your fun and entertainment. 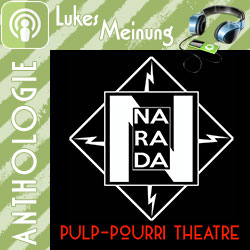 Pulp-Pourri Theatre is an audio drama anthology series created by Pete Lutz, and starring the Narada Radio Company. Each episode is a full-cast dramatization with music and SFX. Episodes are either adapted from, or inspired by, the best in vintage pulp fiction stories. With few exceptions as indicated, the adaptations are by our series creator. Season Two features two guest playwrights, as does Season Three. Season Four is scheduled to continue this tradition. All other plays are either dramatizations of pulp stories or other tales in the public domain, or original plays written by Pete Lutz. 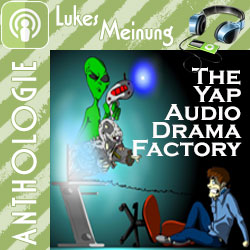 A selection of self-contained audio drama stories to entertain you on your commute. A bit sweary at times.