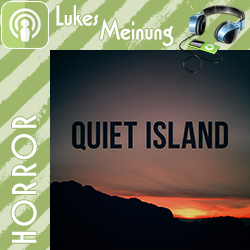 A fictional audio drama podcast about three researchers who travel to an island and what they find there. Intended for mature audiences only. 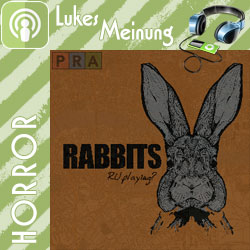 When Carly Parker’s friend Yumiko goes missing under very mysterious circumstances, Carly’s search for her friend leads her headfirst into a ancient mysterious game known only as Rabbits. Soon Carly begins to suspect that Rabbits is much more than just a game, and that the key to understanding Rabbits, might be the key to the survival of our species, and the Universe, as we know it. 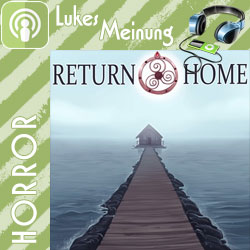 Return Home is the story of Jonathan Barker, who returns to his home of Melancholy Falls, NJ, after five years away. An unknown entity beckons him back East, in order to unravel the mystery of what his home town has become…or has always been. Reunited with his best friend, Buddy, Jonathan must discover the secrets of Melancholy Falls, and why he was told to return home. 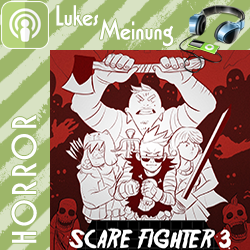 Scare fighter 3 is an imaginative romp through the land of comically bad B-movies and pop culture references featuring fun voice acting, immersive sound design, and all original 8-bit music. The main characters, twins Orion and Aurora, Alastor, and Brutus, known collectively as Team Sneak Wolf, explode into action using some iconic (and sometimes hilarious) weaponry; from a broadsword and crossbow to robot arms with a leaf blower attachment and an ax named David Chopperfield. It’s a non-stop flurry of good times, so make sure your flux capacitor is fluxing and your knowledge of old-school Nickelodeon game shows is up to date because it’s time to jump in! 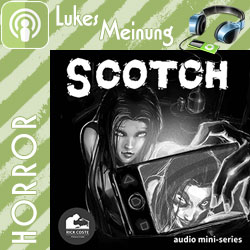 In the past few days Bobbi’s life has been anything but normal. Some very strange things are happening. There have been acts of vandalism at her place of employment and unprovoked attacks on her friends by a person unknown. While trying to make sense of this Bobbi finds herself at the center of a terrifying mystery… and she is fighting for her life. Rick Coste Productions presents ‘Scotch’, a psychological tale of terror starring Mackenzie Bryant. 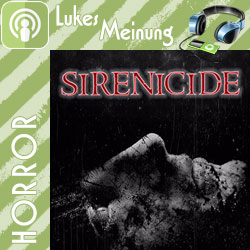 Sirenicide is a serialized horror drama based in the wicked world woven in and around Morston, Texas. The criminal factions and dark government agencies are just the start of the malevolence that roams the streets of this macabre city. The tales in Sirenicide tap into the fear and lore that envelope what most would consider to be fiction. The production plays host to a plethora of popular personalities from other nightmarish podcasts. The main cast of creepy, courageous, and curious characters evolve with the overarching story, but they also chronicle some amazing self-contained, standalone tales. 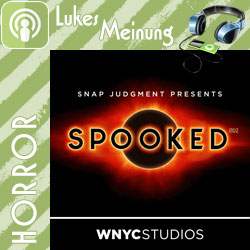 Glynn Washington – Host & Executive Producer, Spooked The grandson of a seer, Spooked host Glynn Washington was born to a family haunted by ghosts. As a teenager, he witnessed his first exorcism — and began the process of whispering back to the shadows plaguing his nighttime. “I grew up feeling the veil between worlds was not as solid as I may have liked.” A student of magic, Glynn has traveled the world in search of the mystic, the strange, and the divine. “I can’t explain everything I’ve seen.” Washington admits. “I keep wondering, what am I missing? That’s really what this show is all about.” 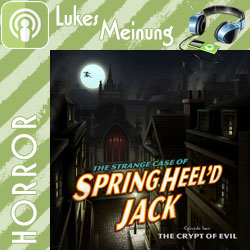 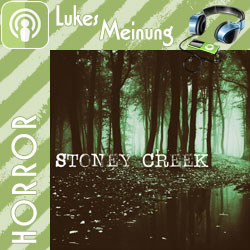 When the body of 17-year-old Emmett King is found by his high school sweetheart Jessie Mauro, it leaves the residents of Stoney Creek shocked and perplexed: his blood has been drained and skeleton stripped. Determined to find out the truth behind her loved one’s murder, Jessie soon discovers more than she bargained for, unveiling terrifying mysteries about her own town – The Endgrave may be more than a local legend after all… 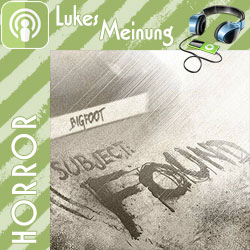 Established under the mantra „all that is lost must be found,“ Subject: Found follows various stories of the people and places impacted by some of the world’s most disturbing mysteries. Inspired by living in the Pacific Northwest, Subject: Found was created in early 2016 by Paul Sating during one of his many hikes through the back-country of the region.  Lore and mystique have always intrigued him and he realized there are many stories and legends that need to be explored, so he went looking for them … and was disturbed by what he found. What you are about to hear is the result of that exploration. 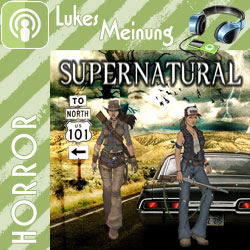 Samantha Winchester is a college student bound for law school, determined to escape her family’s past – unlike her older sister Deana. Ever since they were little, their father has been consumed with an obsession to find the evil forces that murdered his beloved wife and recruited his two young daughters to help him. They have grown up as hunters of the supernatural. Sam escaped this way of life after high school and now has a happy life with her boyfriend and a promising future career. Deana, however, stayed behind with her father to join him in his „hunting.“ After Deana arrives for Sam’s help when their father goes missing, 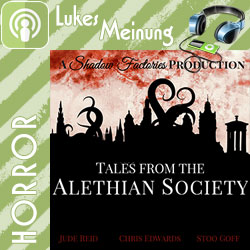 Tales from the Alethian Society

Tales from the Aletheian Society is a serialised comedy-horror audio drama about the misadventures of a society of Victorian occultists. 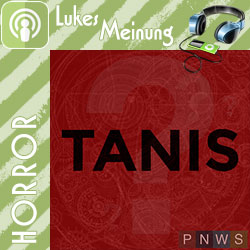 Tanis is a bi-weekly podcast from the creators of Pacific Northwest Stories, and is hosted by Nic Silver. Tanis is a serialized docudrama about a fascinating and surprising mystery: the myth of Tanis. Tanis is an exploration of the nature of truth, conspiracy, and information. Tanis is what happens when the lines of science and fiction start to blur… You can subscribe to Tanis for free on iTunes and other audio platforms, and you can also listen right here on tanispodcast.com. 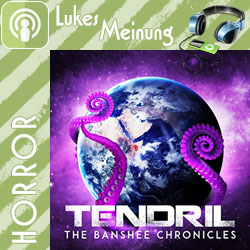 TENDRIL is a radio play-style narrative, set in the year 2287, which follows the epic tale of Cade, Kronist, and Switch: soldiers in the paranormal division of a futuristic Earth’s military who face otherworldly threats. As they face down a galaxy of ghosts, demons, and monsters grotesque beyond belief, our brave heroes stare boldly into the abyss, and hope it doesn’t have teeth. 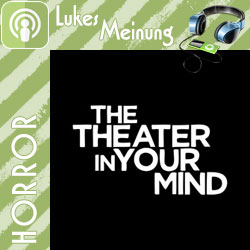 The Theater in your Mind

A show inspired by classic radio dramas such as Murder at Midnight, Suspense, The Mysterious Traveler, Dimension X, Nightfall, and many others. 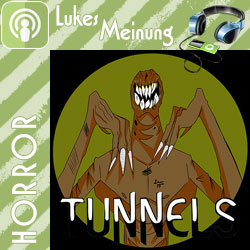 The Tunnels is a serialized audiodrama about the mysterious tunnels that can be found underneath a small town in Georgia.

What are they? What is their history? What are those mysterious sounds heard within them?

​Find out what’s just below the surface of the town, because if you look underneath, there is so much more. 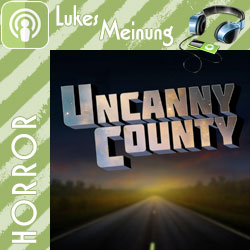 This quirky, darkly comic, Southwestern-flavored anthology brings you a new paranormal audio play every month. Sit back, open your ears, and hold on tight. Because you’re about to take a quick detour…through Uncanny County… 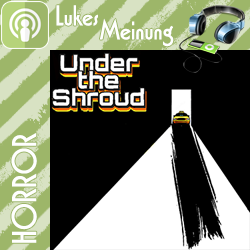 „Supernatural? We’re not super anything. Just a little extra.“Cab drivers have tall tales to share, even the vanillas. What if goblins, nationalists, and worse monsters stalked the night? Hapless half-demon Corin Black taxis creatures of the night through Baltimore’s sin-soaked streets. 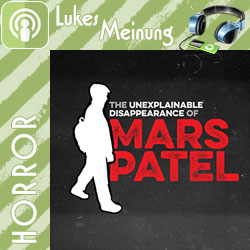 The Unexplainable Disappearance of Mars Patel

The Unexplainable Disappearance of Mars Patel is a high-quality serial mystery story for middle graders, performed by actual kids. Think Goonies, meets Spy Kids, meets Stranger Things for 8-12 year-olds. Listen along as eleven-year-old Mars Patel and his pals JP, Toothpick, and Caddie set out on a audacious adventure in search of two missing friends. The mysterious tech billionaire Oliver Pruitt might have a thing-or-two to say about their quest, because as he likes to say, To the stars! In fact, that’s just where they might be headed… 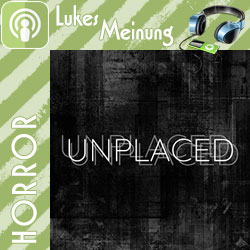 Unplaced is an audio drama that tells the story of a woman who wakes up one day to find that no one can see or hear her, and everyone she knows is slowly forgetting about her. 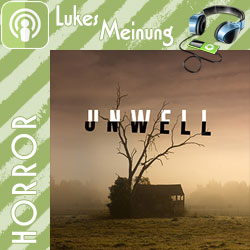 A fiction podcast about conspiracies, ghosts, and unusual families of blood and choice. 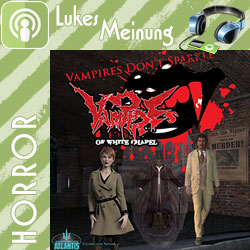 A full-cast horror fiction audio drama. It can be a little gory, these vampires certainly do not sparkle. The show is from the perspective of three vampires, Allister, Arianna Grayson and Jack The Ripper. Yes, Jack the Ripper. The story revolves around Detective Arianna Grayson, who takes us through the harrowing chase for the serial killer known as Allister the Annihilator.

When she finally catches up to the fiend, she discovers that there’s more to him than being a deranged lunatic. In a struggle for her life, she makes a choice with terrible consequences and her life changes forever. 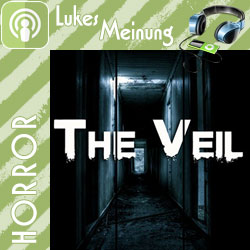 The Veil is a new sci-fi/ horror audio-drama anthology. It’s being described as a mix between The Twilight Zone and Black Mirror. Each episode contains a fully immersive soundscape, original score, star-studded cast, and production ready script from a standout writing team. Episodes will be released every other Thursday of the month. 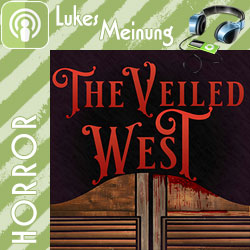 During a time when the American frontier was still young, a prosperous silver strike in the Arizona territory brought about the city of Tombstone. Everyone knows the stories and the history of the „Old West“. What they do not know is the entire story. The non Human communities were not friendly back then. The term „The Wild West“ was coined because of the constant conflict between Werewolf, Druid and Vampire. The poor Humans were simply caught up in the crossfire of the times. This is the story of the West that few people hear. The stories of the struggles, shameful acts and triumphs of the Veiled West. 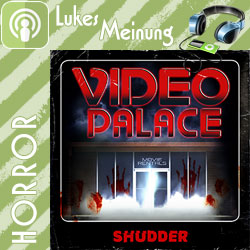 When video collector Mark Cambria watches a mysterious VHS tape, he begins talking in his sleep in a language that doesn’t exist. Mark and his girlfriend Tamra set out to investigate the tape’s origin and find themselves caught up in a web of conspiracy, occult, and dread surrounding a legendary video store with a sinister purpose beyond imagining. Video Palace was created by Nick Braccia and Mike Monello, directed by Ben Rock, written by Ben Rock & Bob DeRosa and stars Chase Williamson and Devin Sidell.. 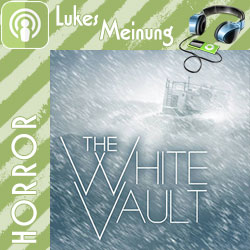 Explore the far reaches of the world’s horrors in the audio drama podcast The White Vault. Follow the collected records of a repair team sent to Outpost Fristed in the vast white wastes of Svalbard and unravel what lies waiting in the ice below. This Fool and Scholar Production is intended for mature audiences.

A Witch in the Woods

In this six part docuseries podcast, you’ll follow the story of a group of filmmakers as they try to uncover the truth of what is really going on in Granville, Massachusetts. Is there really a witch? Or is it all hysteria built on an elaborate hoax? Listen to find out. 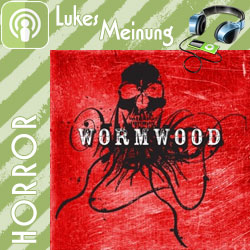 Doctor Xander Crowe was a formidable psychologist until a terrible tragedy sent him spiraling down the dark pathways of the occult. Now, a strange vision leads Doctor Crowe to the hidden town of Wormwood, where shadows lurk in every corner and evil stains the souls of the inhabitants. Welcome to Wormwood.