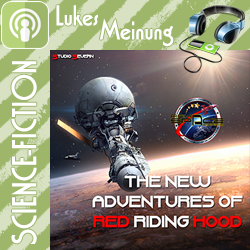 Join Captain Ruby Hart of Space Corps Logistics on a dangerous mission to G.R.A.N.D.M.A.S to deliver what she believes to be a fake time machine. Soon Ruby learns that not even Space Corps can be trusted when the fake machine is revealed to be a fully functional time machine which will send Ruby and her side kick PT-9 back in time.

Who is after the machine? What do they want with it? Will Ruby survive? and Who is the Big Bad Wolf? 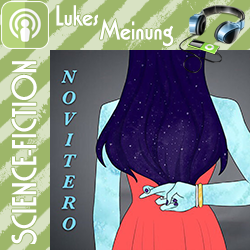 Banished from her home due to a mistake that cost her half her family’s fortune, Princess Cesaleza is left with a choice: find a way to make up the lost funds or leave her home forever. When a raid unites her with a group of wanted criminals, Cesa creates an unlikely alliance with the crew. She explains her financial problem and her plan to fix it. Every year, The Starluxe Gala gives access to only the elite of the elite. Cesa proposes the Gala would be the perfect time to lighten the pockets of its billionare host. The crew agrees. It’ll be easy money. Just like the money Cesa could earn if she decided to turn in her new friends instead of carrying through with their plans. 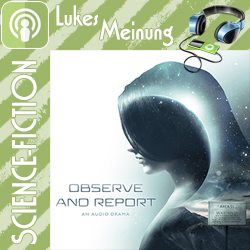 Observe and Report is an AUDIO DRAMA, also known as an audio play. It’s like an audio book, but there’s music and sound effects, no boring narrator, and all the characters have their own voice actor. It’s like a movie that you listen to! Observe and Report will run for several seasons (we’ve written three so far!). Each season will be 4-5 episodes long for a total of about 2.5 hours in length. 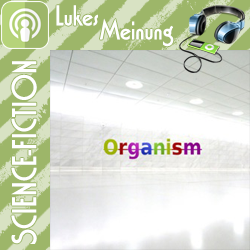 Organism is a 5 part Science-Fiction series featuring a genderless alien struggling to understand the world but what dangers will Organism face? 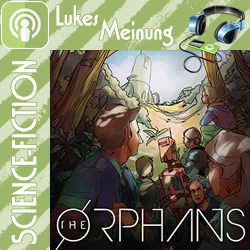 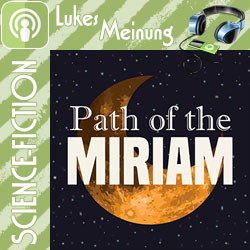 Path of the Miriam

Path of the Miriam is a fictional podcast set in space, a few hundreds years in the future. Featuring a completely queer cast, and several POC voices, PotM follows the crew of the Science Vessel Miriam, led by their abrassive captain Reni. Amongst a crew of aliens, it’s the new crew member Nym, a human, who stands out, for on her back is an active star chart, something that should be impossible. 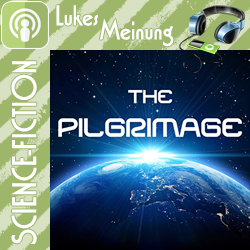 An audio drama about five humans and an AI looking for home. 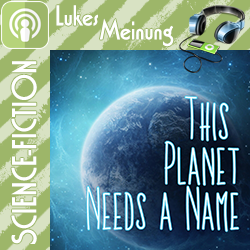 This Planet needs a Name

Imagine a handful of scientists and engineers setting out to terraform a planet – a world – for the frozen people they’ve got in tow. Just a few people, carefully chosen, who will live out their lives building something they’ll never see.

That’s us. We’re building a future.

A science fiction audio drama suitable for our times. 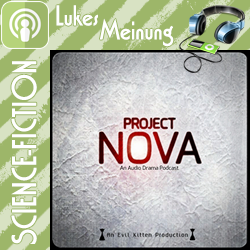 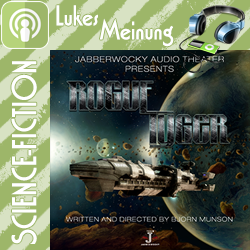 5,000 years into the future — in a corner of the galaxy where Earth is no longer known — humans and a dozen other sentient races have forged a civilization. Spacers brave the oceans of void between hundreds of worlds for power, glory, and simply to survive. This is the tale of one band of spacers and their ship: the Tyger. 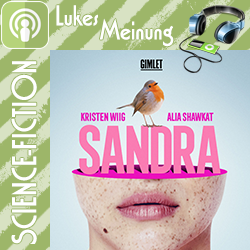 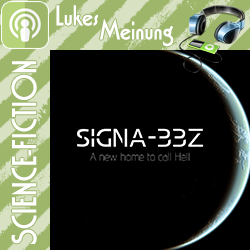 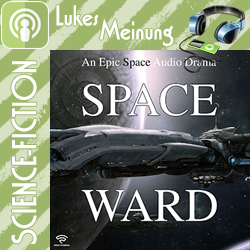 Space Ward is an epic neo-noir audio drama about survivors of a massive space attack… in therapy – like a cross between Mass Effect and In Treatment. 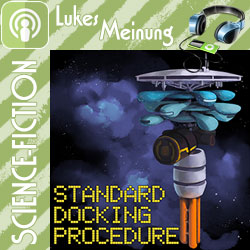 Welcome aboard Pseudopolis Station! Yes, it’s old and the living areas technically are cleaned out kudzu farms but hey, lots of shopping opportunities while you’re waiting for your ship to be refueled.

Inspired by sitcoms of yore, Standard Docking Procedure follows a ragtag crew of walking disasters as they deal with their day-to-day workplace emergencies. From serial sandwich thieves to forgetting your keys while locked outside. You know, the usual problems… in space! 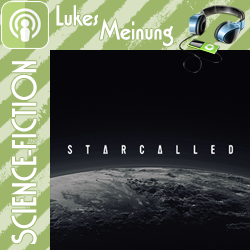 Starcalled is a science-fiction, action-adventure audio drama. Set in the galactic frontier, Starcalled follows the dangerous lives of Lieutenant Saranus Kron and Dr. Elona Zoren, two young officers in the 443rd Colonial Fleet Infantry, as they race to uncover a conspiracy under the ever looming specter of war. This narrative fiction podcast features a full cast, an original cinematic score, and immersive sound design. 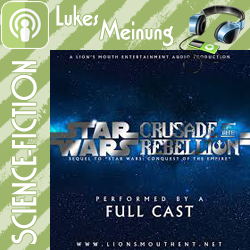 Star Wars – Crusade of the Rebellion

The Alliance to Restore the Republic has won a major victory against the evil Galactic Empire. To the emperor’s dismay, it has decimated his battle station, the Death Star, over the planet Yavin IV. Now he is looking for ways to strike back quickly. He has re-commissioned a former Imperial Shipyard on Cortani III, along with its master architect, a known enemy of the Alliance. Fifteen years ago, Grand Moff Teivel, governor of the Cortanis System, designed one of Emperor Palpatine’s first superweapons: the “Suicide” Destroyer. In a crippling blow to the Alliance, this superweapon obliterated the moon H’rahk and its population of Alliance sympathizers. The emperor has commissioned more of these powerful warships. 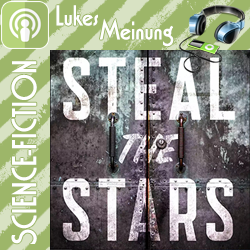 Steal the Stars is the story of Dakota Prentiss and Matt Salem, two government employees guarding the biggest secret in the world: a crashed UFO. Despite being forbidden to fraternize, Dak and Matt fall in love and decide to escape to a better life on the wings of an incredibly dangerous plan: they’re going to steal the alien body they’ve been guarding and sell the secret of its existence. 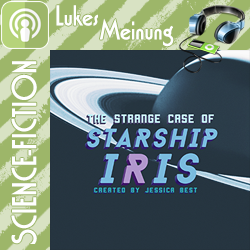 The Strange Case of Starship Iris 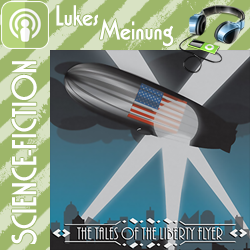 Tales of the Liberty Flyer

It’s 1927 and the world is in the grip of the terrifying Red Baron and his Iron Storm. Will the heroic crew of the Liberty Flyer be able to save the world? 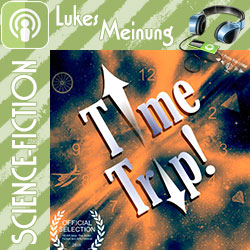 Time Trip! is a 10 episode scifi serial following the adventures of Private Trip Timeskipper as he trips through time.
An unfortunate accident in Dr. Meira Bitterman’s lab hurls Private Timeskipper into the quantum plane. Now he must find his way back home with the help of friends and family, or remain lost in the void of time forever. 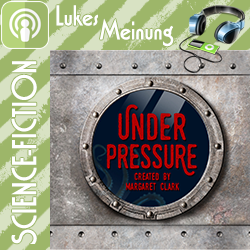 In the wake of personal tragedy, Dr Jamie MacMillan-Barrie forgoes a future in academia is favor of an uncertain future in the form of an humanities residency aboard the Amphitrite, a deep-sea stationary research facility. On the Amphitrite, Dr MacMillan-Barrie tries to come to terms with her circumstance while facing her antipathetic hard-sciences colleagues, an unending series of minor crises both the personal and professional realm, and an increasingly hostile ocean above. 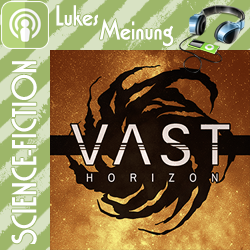 Nolira is an agronomist tasked with establishing agriculture in a new solar system, but when she wakes up on a now- empty colony ship, the whole of her plan disappears. The ship has been set adrift, with numerous mission-critical problems requiring immediate attendance outside of her area of expertise. Nolira is aided by the ship’s malfunctioning AI, which acts as her confidant and companion during the fight for survival.

Ever since the castle first appeared in the sky above the city of Windfall, its residents have been building upward. Now the city consists of towers where the wealthiest residents live at the top while the poor eke out a living on the ground. Cas, Shaima, and Argus, three brothers who live with their Uncle Vern find themselves drifting apart as Argus, the youngest, falls hopelessly in love with the much-older Helina, a foreign merchant haunted by her past; Cas, the middle brother, works in secret for the local crime boss; and Shaima, the oldest, struggles to keep their uncle’s scrap shop from going under. 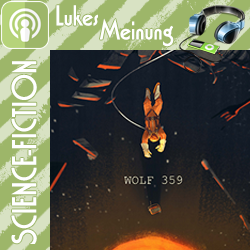 WOLF 359 is a radio drama in the tradition of Golden Age of Radio shows. Set on board the U.S.S. Hephaestus space station, the dysfunctional crew deals with daily life-or-death emergencies, while searching for signs of alien life and discovering there might be more to their mission than they thought. 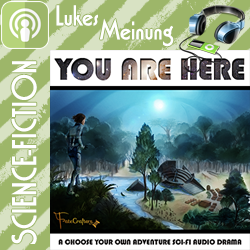 In the year 2147, the world is pushing the boundaries of overpopulation and sustainability. Technology and science leader The Hendersen Consortium has assembled a crew to continue the process of terraforming Jupiter’s moon, Europa, in hopes of creating a sustainable planet for humanity to inhabit.

But while the crew of the Minoan slumber in their stasis pods the ship encounters a spacial anomaly that will send the ship further from home than any human has travelled before. Crash landing on an unknown planet, jettisoned from their ship, and with only a portion of their equipment and personnel surviving, the Minoan crew must discover where they are and how to get home.